What does 2019 hold for event production? 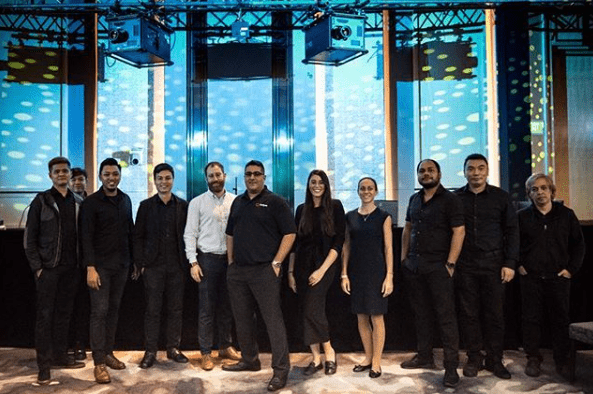 Will Brexit’s arrival in March have any impact on the event production industry? What trends will we see across venues, which event type will be popular and what kind of tech will we be plugging into?

As we approach the end of 2018 and the start of a new year, just as they do with their work, key members at leading creative and technical event production company Eclipse, take a 360-degree view of the year ahead, predicting what will be big in people, technology, venues and event types.

The UK is currently scheduled to leave the EU on Friday, 29 March 2019, but despite the date looming closer, uncertainty remains about what impact it will have on the industry.

With skilled workers being the lifeblood of the events industry, Nicole Ashaye of human resources, says new rules around immigration and employment regulations could make a difference to the working landscape.

“Brexit could have an impact on the number of migrant workers applying for jobs from the EU, so companies may find it tougher to recruit. The abandonment of EU regulations such as the working time directive which limits the number of hours staff can work could change the way businesses work with staff. However, we are still unsure of the new regulations and anything that does change will be phased over a two-year period, so these are areas the industry should keep on its radar rather than be concerned about.”

In terms of business, Eclipse managing director Robin Purslow doesn’t foresee many changes to UK or international work for the event production industry next year.

“Obviously we are all waiting with bated breath to see what will happen next March when Britain leaves the EU, but I don’t think Brexit will impact UK-based events. There has been positive growth in 2018 and I predict it will continue into 2019, provided global economics remain stable.

“The challenge will potentially lie with European work where UK companies have been pretty competitive against local providers, but should there be a hard Brexit this may tip the scales against us.”

Vikesh Kerai, head of venue partnership at Eclipse foresees venues becoming more stringent over the suppliers they use to ensure standards are upheld. He believes some venues may even start charging event organisers using third-party production suppliers in order to facilitate background checks and maintain standards if not signed up to an accreditation scheme. Something, he says is not standard across venues.

“There is particular reluctance to take this on board where the properties are within close proximity to competing venues,” he adds. “However, this allows for a venue’s reputation to be tarnished through inadequate solutions and service being provided to organisers and delegates attending events at their venues. The long-term harm of a damaged reputation far outweighs the short-term gain of accepting bookings blindly.”

Will Griffiths, technical manager at Eclipse predicts the use of more event apps, such as CrowdCompass and EventMobi as event organisers look to better engage delegates pre, during and post-event. He also foresees wider adoption of 4k (a horizontal display resolution of approximately 4,000 pixels) – as it becomes a more affordable option for presentations.

“I believe clients will start to use event apps more as a way to engage their audiences. Event apps are useful for polling and Q&A sessions and allow more engagement via social media-style feeds, but they can also help with housekeeping and scheduling.

“As 4k becomes more prevalent in the home, we can also expect it to become more common in the events industry. As costs come down and processing power goes up, I believe we will see more ultra-high-definition projection. This is especially useful for presentations with detailed slides, and live-to-screen software demonstrations. We will also see this on a smaller scale on exhibition stands.”

He says: “Companies are finding ways to reduce their carbon footprint as well as trim costs, so instead of delegates travelling from, say, Dusseldorf, to London, they will stream the event from one location to a another, or multiple locations.”

For Eclipse, which undertook a bold re-brand in 2018 and celebrated its 30th anniversary, Robin is positive about the further growth of the company’s international work and the creation of more venue partnerships.

Last year global production business grew 35% and this is set to continue with work already under discussion for Seattle, New York, Singapore and Hong Kong with regular European events also set to go ahead.

Investment into the business is also a key part of Eclipse’s plans for 2019.

“We will be investing heavily in new equipment stock, staff training and welfare and infrastructure to ensure we are at the peak of efficiency for what could be another record-breaking year,” said Robin.