Production pooches: Eclipse celebrates the Year of the Dog 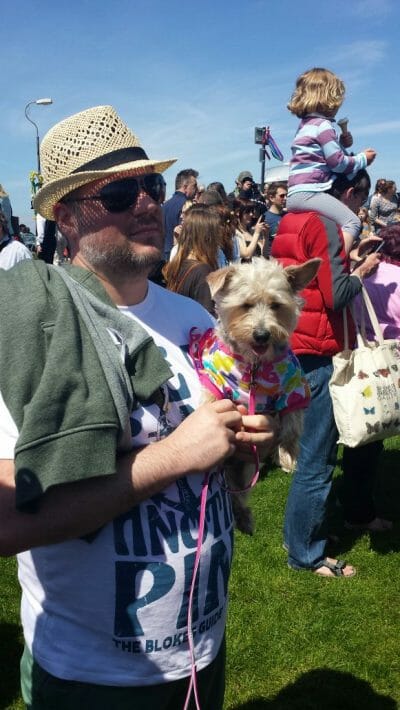 The 2018 Chinese New Year began on Friday, February 16 with celebrations expected to take place over the next two weeks.

According to the Chinese horoscope, the Year of the Earth Dog 2018 is a good time for lifestyle changes and for the start of new business ventures.

To celebrate the start of the Year of the Dog Eclipse asked staff to tell us about their beloved pet dogs and outline what they are looking forward to happening in the year ahead.

Rob Mansfield, account manager at Eclipse is proud of his four-legged friend Toffee, a Yorkshire Terrier and Jack Russell cross.

The pair, who were born in the Year of the Rooster and the Rat respectively, like going out for long walks with Toffee’s funny nature her most endearing feature according to Rob.

If Toffee were to get a job at Eclipse, Rob believe she’d be suited to a career in design because ‘she’s always making a mess’.

This year’s resolution is to ‘go on more walks and for Toffee to be nicer to the cat’.

Pickles, a Staff and Jack Russell cross turns 12 this May, which, as owner Danielle Horseman, points out makes her a Dog in the Chinese zodiac as well as in real life.

Danielle, finance director at Eclipse and a Rat in the Chinese zodiac, tells us her cute canine enjoys chasing squirrels in the garden and having her belly rubbed.

Due to her highly excitable nature, Danielle believes Pickles could be a killer sales executive at Eclipse where a positive attitude can go a long way.

And what do they both wish for this year?

“Pickles is wishing for more good weather so she can go out more as she hates the rain.  I would wish for continued good health for my family and prosperity for Eclipse,” says Danielle.