Eclipse were appointed to design, produce and execute a two-day event for 400 delegates at Park Inn, Heathrow. The event opened with a gala dinner and awards ceremony followed by a full day conference on day two.

The team was asked to come up with a stage set design based on the title “healthcare revolution” and the colour palette in the marketing collateral, which they did.

Then, just a few days before Christmas, the team was told that the collateral required redesigning with new artwork supplied just two weeks before the event.

Despite the changes being requested during holiday season, the scenic team took the challenge in their stride, working full-throttle to create a new concept in-keeping with the new logo. Their hard work and positive attitude meant they managed to send across the designs to the client for approval, get the bespoke shaped panels built and the graphics ordered and delivered in time.

At the event itself, an expert team of 10 were onsite during the set up and delivery of the event to work alongside the designers, and carpenters who came up with the ideas and then built the custom stage set.

From a technical aspect it was straightforward, utilising a suitable PA system for the room, enough microphones for all the speakers, a centre projection system linked to two relay screens and rigging for PA, lighting and projection.

The event was a tremendous success, with delegate feedback second to none, alongside the following testimonial from the client: “The set looked amazing, sound and lighting were perfect and the event was flawless. I had great feedback from my boss, the head of operations, and our healthcare director on your team so please thank them from me and Superdrug”
Niamh McMillan, regional healthcare manager 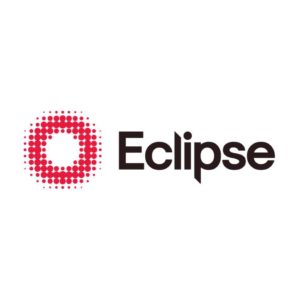 During these very trying times I want to write to reassure you about everything Eclipse is doing to ensure we are open and available to support our clients in the best possible way.

We are following the guidelines set out by the Government and WHO in terms of all our working practices and continue to update these regularly to ensure we are following the very latest advice. This includes new hygiene guidelines for when we enter client premises, working closely with individual companies to ensure we adhere to all their measures.

We understand that Terms & Conditions are a key concern for many companies, and I would like to confirm that our Terms are not changing. To support all our clients at this time, we will offer any cancellation fee as a credit for any postponed event re-booked in 2020. A copy of our full terms can be found on Eclipse.global.

We are faced with uncertain times and both internal and external communication is key to ensure the wellbeing of both our staff and clients. Eclipse is here to assist with any virtual platforms you may need to facilitate home working and web-based meetings, so please do give us a call if you need any assistance to support your business communications.

We have uploaded a guide to alternative event formats on our website that can equally be utilised to support home working, so please have a look if and get in touch if you need any assistance from our team. On that note I would like to thank all my team at Eclipse, clients and fellow industry colleagues for their support and kind words as we try to guide the business through this crisis. Tough decisions are being made daily, but the support from you all goes some way to ease the burden as a business owner.