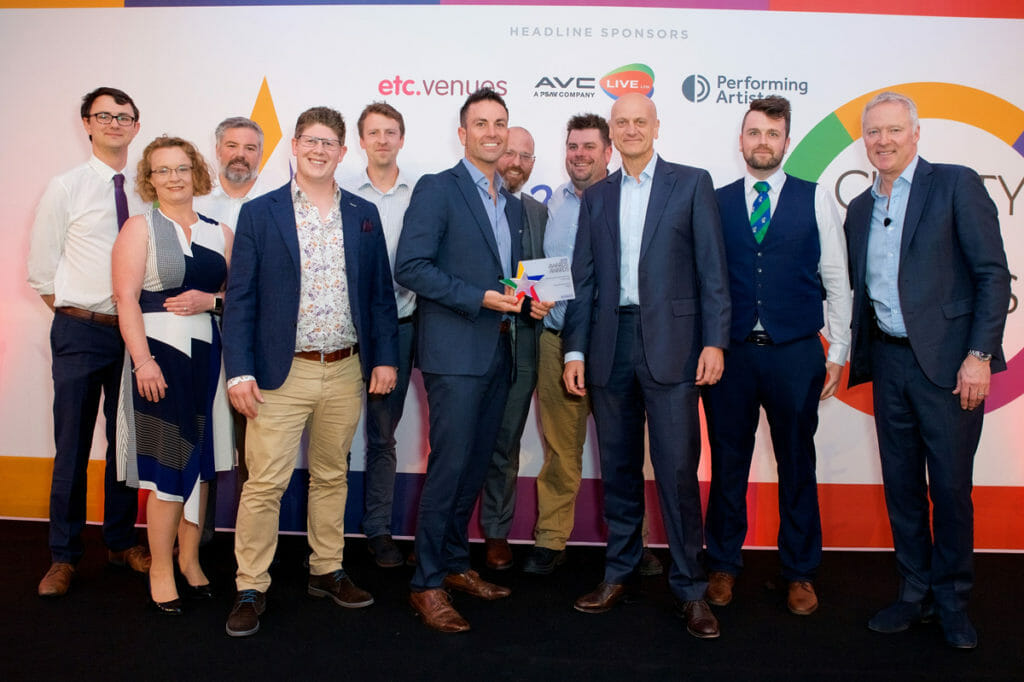 We’re delighted to announce that Eclipse has won a prestigious industry award for its awe-inspiring approach to event production.

Eclipse took home the title for the Best Awards Event Production (on the night) at the 2019 Awards Awards at a glittering ceremony on Friday 17 May.

The company beat four other finalists in the category – designed to honour innovative and novel approaches to event production – for its work on the Global Energy Awards.

Eclipse has produced the Global Energy Awards, run by S&P Global Platts, for 20 years and presented its contribution to the 2018 ceremony as a prime example of its innovative, forward-thinking and creative approach.

Awards Awards judges said Eclipse had submitted a ‘very impressive’ entry which highlighted some ‘pretty high production values’. They also said the fact that Eclipse had produced the event for 20 years in a city with no short supply of its own AV companies ‘spoke volumes’ about its work.

Robin Purslow, managing director of Eclipse, said: “We are over the moon to have won the Best Awards Event Production (on the night) for our involvement with the Global Energy Awards, which are often referred to as the ‘Oscars of the energy world’.

“Having produced the awards every year since its inception back in 1999, we have been able to build a full understanding of award organisers S&P Global Platts and their requirements of the event. It’s this solid platform that has allowed us to push the boundaries in creative event production and we’re delighted to be recognised for our ongoing commitment to achieving continuity in creative and technical excellence.

‘Best Awards Event Production (on the night)’ was one of 11 award categories revealed at the Awards Awards, held at etc venues 133 Houndsditch.